Warning
Our new website is optimized for the most current web browsing technology. If you are using an older web browser, part of our website may not function properly as designed. Please consider upgrading your browser for an error free experience.

Why Strongman is for you 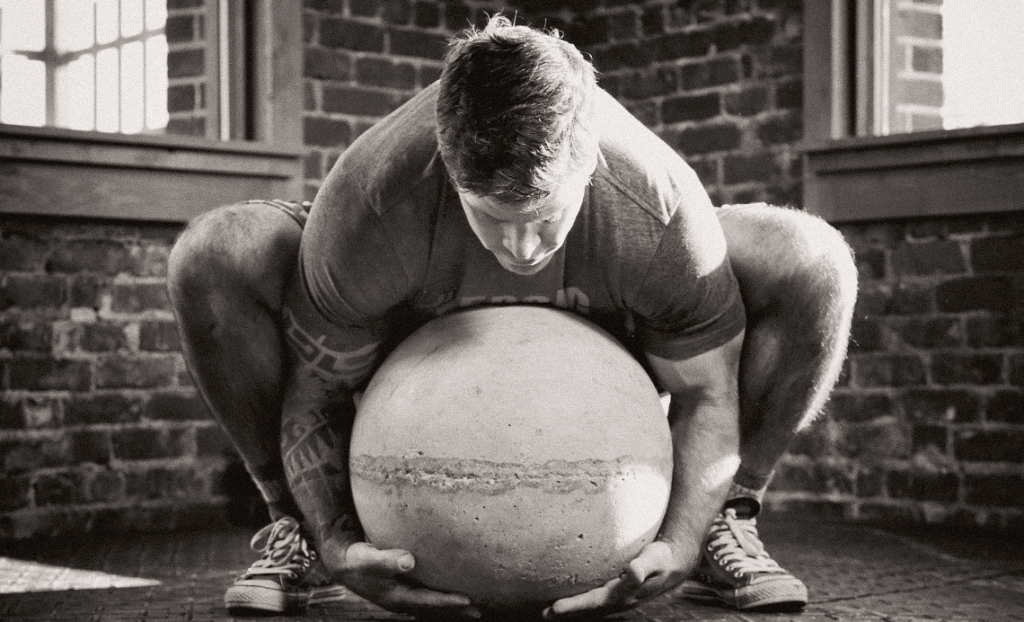 Strongman training captured my imagination when I was a kid when it was aired on the Wide World of Sports on a Sunday. I’d watch the strongest men from nations around the world challenge each other in super human feats of strength and sheer will. These impressive men and women would face off across many events where they would compete for the title of World’s Strongest Man / Woman, appearing like Nordic giants or lost Gods from an ancient mythology. Little did I know that these impressions of strength and willpower would influence me for the rest of my life!

Fast forward a little and here we are in 2017, strongman training is becoming more and more popular in gyms across the world as a training mode which elicits exceptional results in both men and women.

What makes this training mode stand out from normal strength & conditioning or hypertrophy training? Why has the popularity of strongman/woman taken off around the world and more importantly, why should you be including this in your weekly training?

Most people simply reply “it makes you strong!” but there is so much more to this mode of training than the mammoth Nordic giants will let on. One of the most significant differences between traditional strength training and strongman is the tools and the movement. More traditional forms of strength and hypertrophy training tend to be static, unilateral, muscle specific in single plans of movement, utilise machines, barbells and dumbbells. Whereas strongman is all about moving odd and challenging objects, through multiple planes, often with compound movements, through gravity (not just against it), and with near maximal weight or volume.

Where a weight lifter or body builder will lift barbells, dumbbells and rep out on pin-loaded machines, a strongman session will see you flip tyres, swing sledgehammers, carry sandbags, kegs, atlas stones and truck axels (sometimes with wheel and tyres attached). Where you may find many gym goers work individual or specific muscle groups to get them stronger, our strongmen and women are recruiting their whole body with compound movements, maximal time under tension and distance travelled.

Strongman training is nothing new with feats of strength being recoded throughout history, however in the early 19th Century the first Strongmen who resemble what we do today, would perform various feats of strength such as pressing variations, supporting large amounts of weight held overhead at arm’s length, steel bending, chain breaking, animal carrying and more! Large amounts of wrist, hand, and tendon strength were required for these feats, as well as amazing core strength.

By the late 19th century the strongman was becoming common place internationally. Feats of strength would also be an integral part of the first Olympic games. There was quite a bit of money to be made for professional strongmen, who made their living giving demonstrations of strength at country fairs and town theatres. One of the most famous of these strongmen used the stage name Eugene Sandow. Born in 1876, he first gained recognition by repeatedly breaking “test your strength machines” with brute strength.

He achieved international fame in 1889 and by the Chicago World’s fair in 1893, he was making between $1500 and $3500 per week performing feats of strength like carrying a pony over his shoulder, and picking up a barbell with people inside. There were even women involved, most notable Sandwina, claimed to be “The Strongest and Most Beautiful Woman in the World.” Performing for the Ringling Bros. Circus, she bent rods, straightened horseshoes, carried 600 lb cannon on her shoulders, and lifted her 160 lb husband over her head with one hand. Her arrival caused many strongman to sneak out of town.

Surprisingly, in the battle of the sexes between men and women to gain the most benefit from this type of training, women win, with women over thirty and those who are menopausal gaining the greatest benefits of all. This has seen a dramatic increase in the numbers of women training strongman style for wellness and in competitions.

The name isn’t the only reason this training makes people strong. It has been well documented that strongman training is extremely effective as a training mode because of its nature of multijoint movements that incorporate large muscle groups and impose a substantial amount of neuromuscular stress. The result of these activities is the release of three times as much testosterone, growth hormone and other acute endocrine responses. This ramps up muscle growth, neurological development (from more neural firing to better proprioception).

Due to the increased lean muscle growth coupled with increased “beta 2” fat receptor stimulation, the body is primed to better breakdown and release stubborn stored body fat as a fuel source. Yes, you get supercharged fat loss from strongman training, and it doesn’t end there. You will also experience improvements to bone density, blood pressure, cardiac health and injury prevention.

Did you know that grip strength (a major component in this training mode), and pinch strength have been shown through a number of studies to strongly correlate with longevity. The better you can make your grip, the better chance you have at living longer! Common sense right, stronger grip means no more falling off cliffs, buildings, or dropping heavy things on your feet, right? Not to mention the general volume and types of activity you need to undertake to attain superior grip strength (lifting and holding heavy things – strongman training!).

Probably the least recognised, yet biggest draw card for participation in strongman/women training is the fun people have. Combine this with the empowerment from lifting strange objects while people cheer you on, the sense of comradery and achievement from overcoming mental and physical barriers you never believed possible has an intoxicatingly addictive effect. Community is a powerful health influencer and why we believe so strongly in it as part of our facility.

How often should you train Strongman?

This style of training is something you should try to include at least once a week or include strongman movements into your regular training sessions to add a little extra stimulus. It has physiological and mental health benefits, social benefits, and directly transfers to real world functionality!

You will never make two trips from the car with the shopping again! You might not need a jack to lift the car and change a tyre! And you’ll never need to get someone else to open a jar for you again! Not to mention the health benefits and way you’ll look!

For any athletes, strongman training will directly improve strength and stability in contact sports, grappling, power sports, fighting sports, and throwing sports, which is why you may find many traditional strongman exercises in athletic performance training, such as loaded carries, sled push and pull, deadlift and overhead throws.

If you want to know more, or give strongman/women training a try, or join our Strongman Club for training and competitions, get in touch and we will happily help you get started.